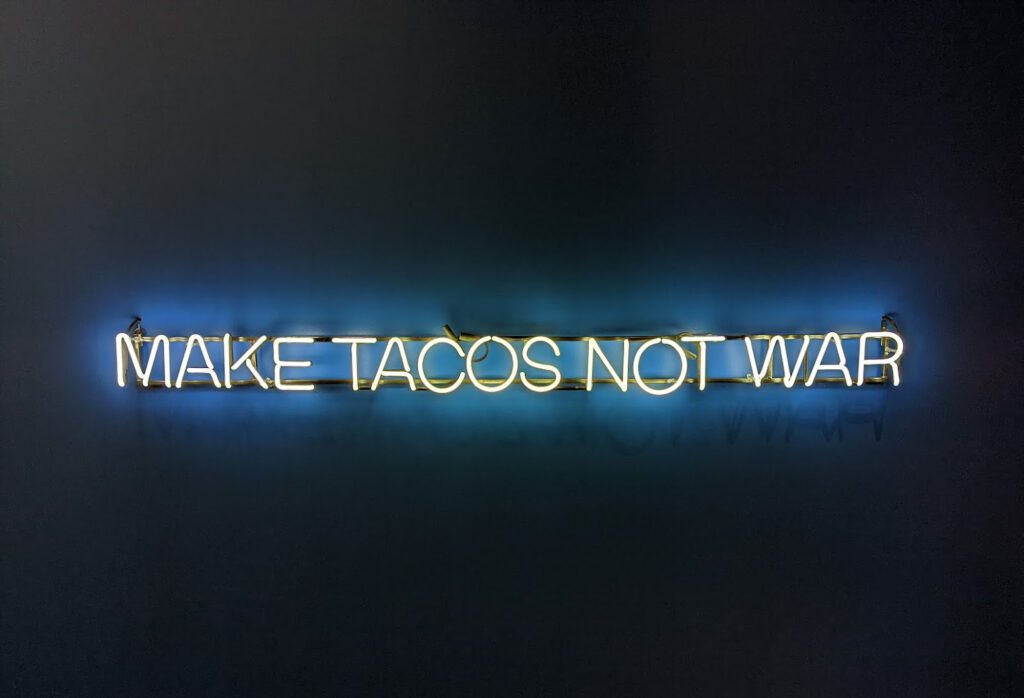 Back to Exhibition | Regresar a la exposición
Make Tacos Not War,
2007

It was a sobering moment when, in 1999, I decided to move to New York City to work as an artist.  The rent was $700 a month and I had found a job that paid exactly that—nothing more.  I even gave away my goldfish for fear I could not feed it.

Since I had boxes from the move, I decided to use the cardboard to make funny cardboard signs to sell to passersby in Manhattan’s upscale shopping district.  I soon found the signs sold and that I now had money for groceries, art supplies, drinks, and subway fare!

Resourcefulness was the lesson learned not taught in art school.  Significantly, as I continued making these signs the humor became infused with politics, artworld commentary, and socio-economic issues of concern.

My sayings would later be translated into neon, another form of signage as ubiquitous as cardboard signs.