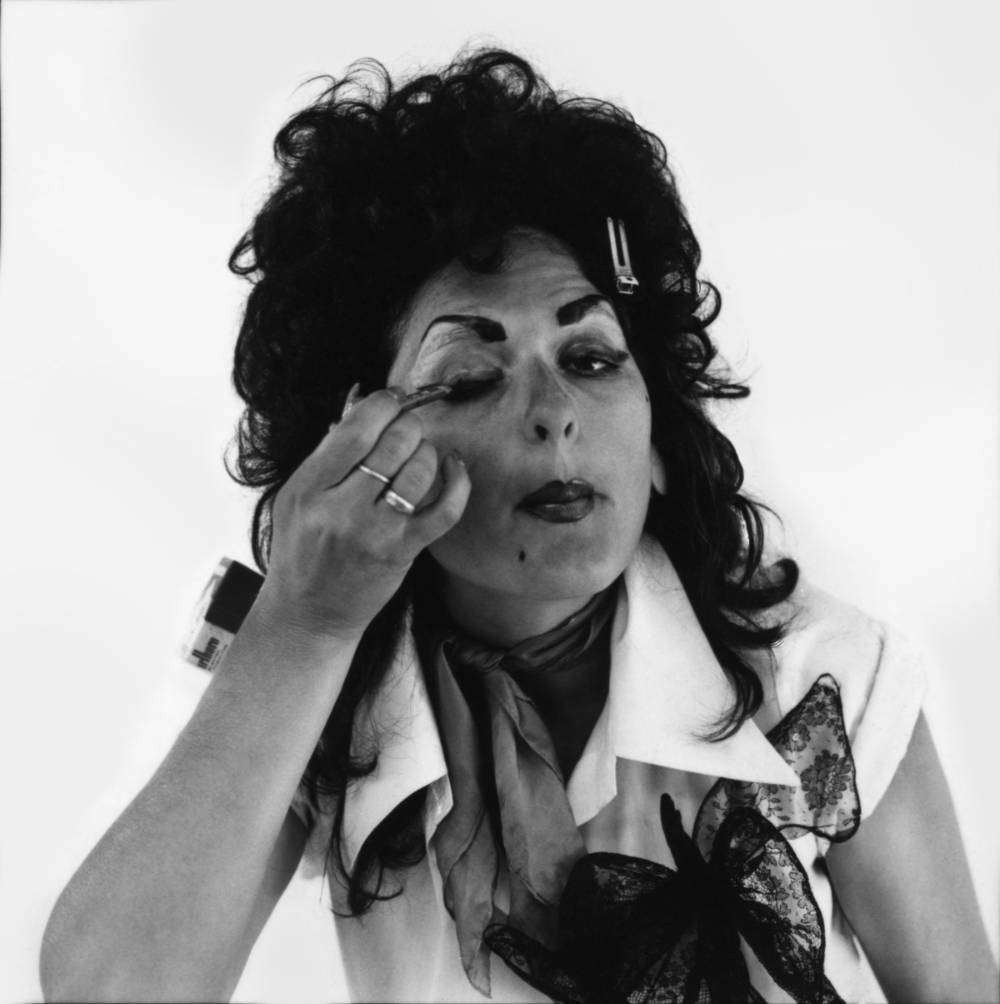 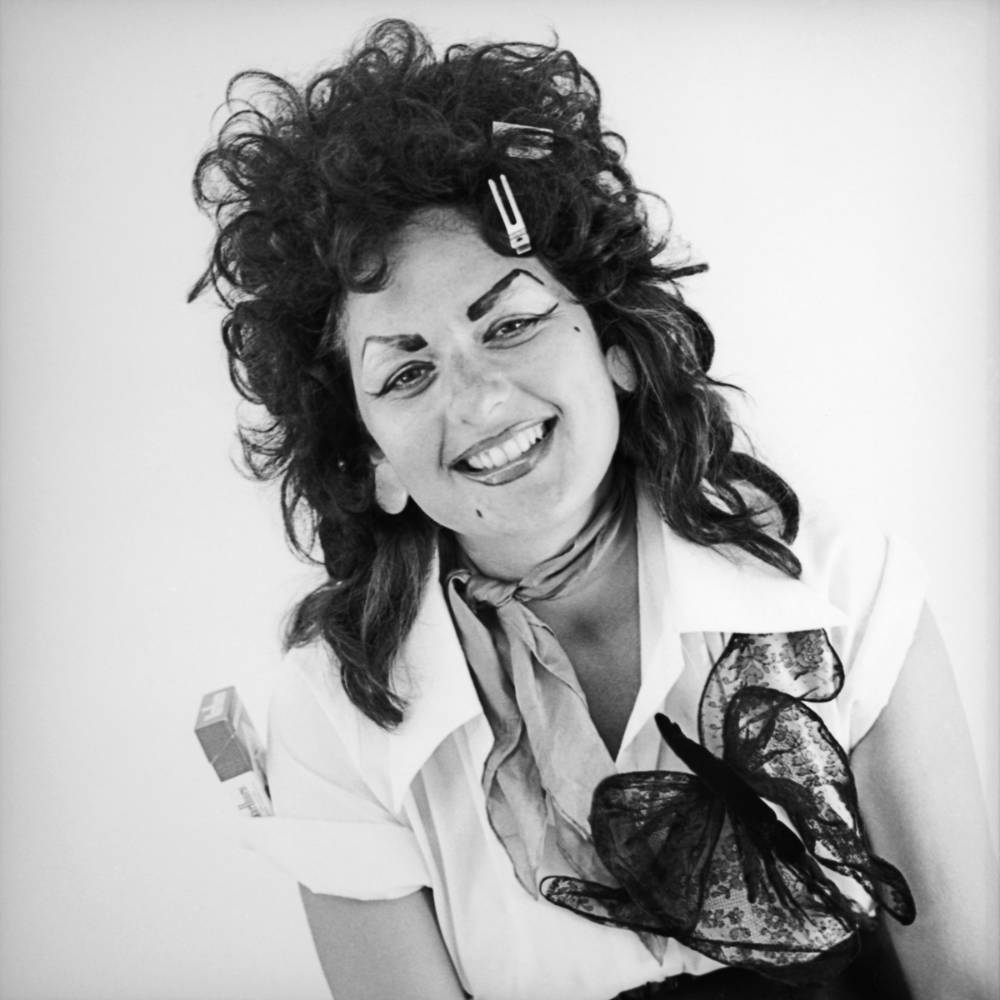 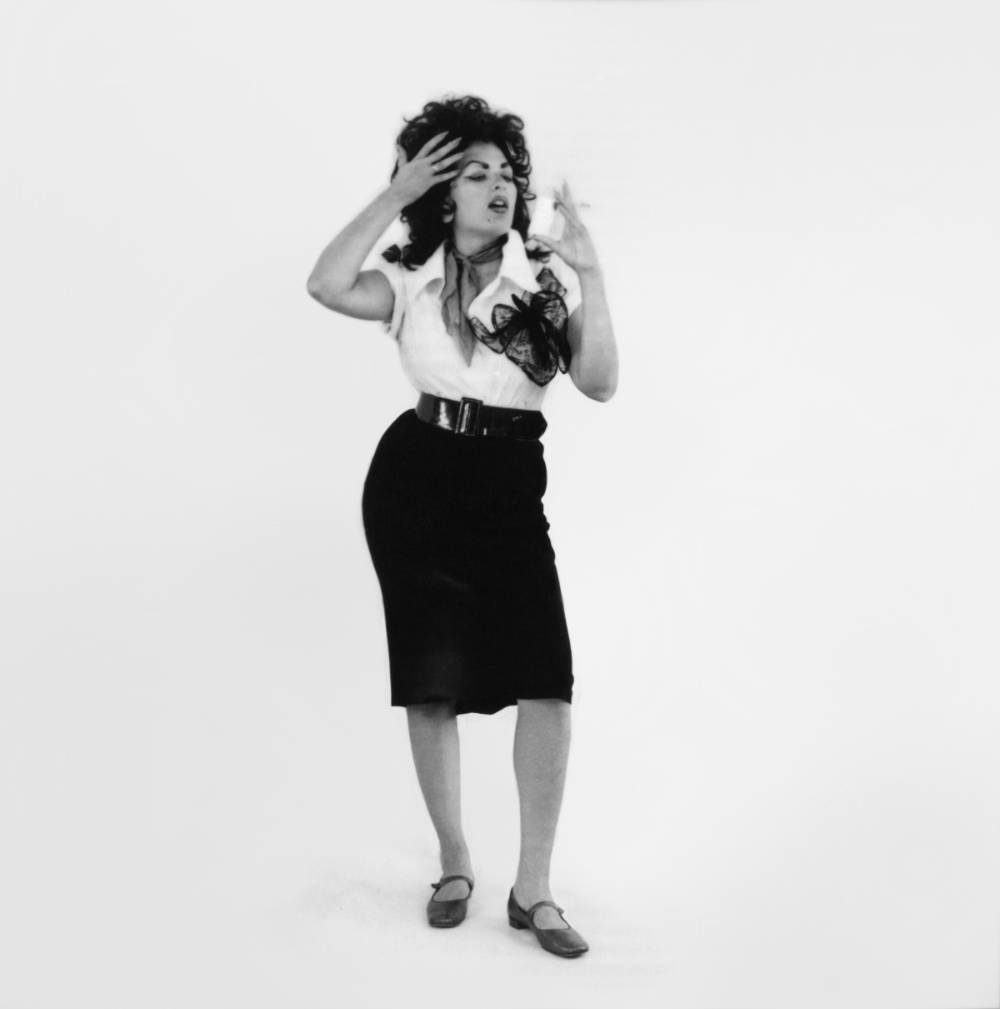 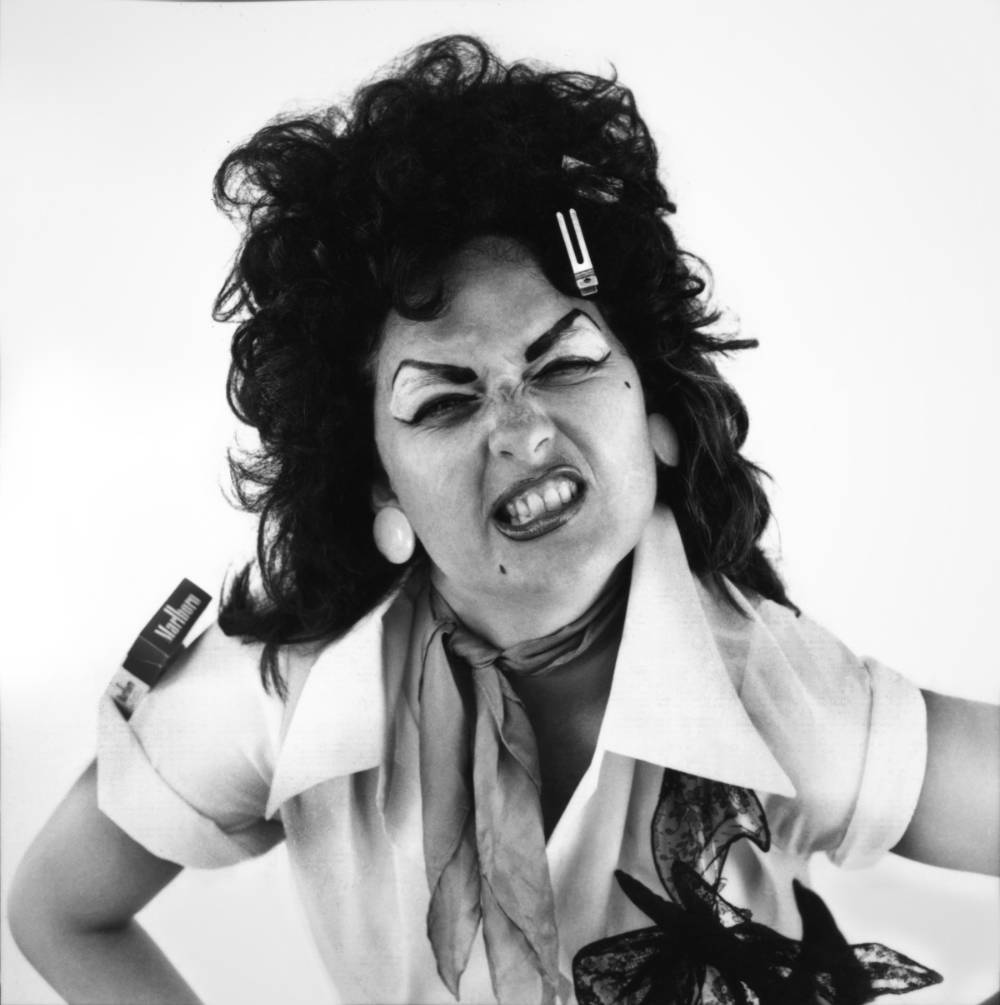 Back to Exhibition | Regresar a la exposición
Judith F. Baca as La Pachuca,
1976

Judy Baca asks: “How are women different and how can we defy roles set for us?” La Pachuca, a companion to the Zoot suiters of the1940s to 1950s, created a style of dress and makeup that served as protection for women against a hostile environment. In 1976, Judy Baca pushed the boundaries of Xicanx art with this work in the first exclusively “Chicana” show in Los Angeles, entitled Las Venas de la Mujer. Baca transformed herself into a ‘Pachuca’ through projections on a vanity table mirror.  Here we have five images of Baca’s assumed identity. These images of a strong woman evoke and honour the women of El Movimiento (the Chicano Movement) who are not always credited for their contributions. They are there, nonetheless: not silent, not passive.