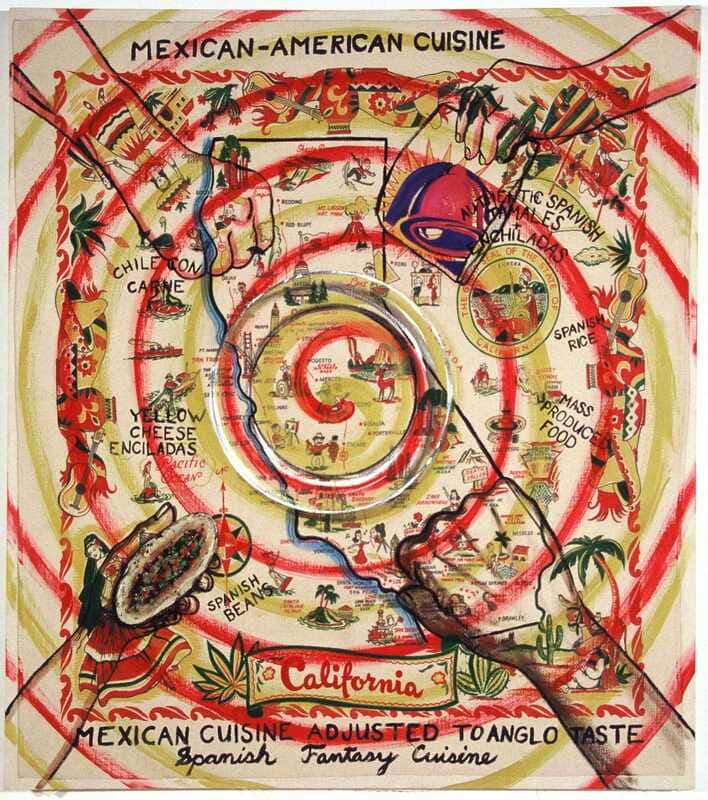 Back to Exhibition | Regresar a la exposición
California,
2000

Because of the anti-Mexican legislation in California in the late 1990s, I drew four crisscrossing arms coming into the picture plane from each corner; two are fists and two are exchanging Mexican food, each diagonal representing contrasting emotions of conflict and exchange. The brown arm from the south is offering a hand-held taco, and the pink arm from the north is offering mass-produced, franchised Mexican-American food. I witnessed tacos exchanged through a hole in the border fence in Tijuana! Of course, they were going south to north.